Great Night at Collingham after Barbel... with the appearance of a couple of Eels

Glynn turned up a little late, but Cliff had some interesting company... the cow left Glynn a huge poop in what was to become his fishing spot for the night. :-) 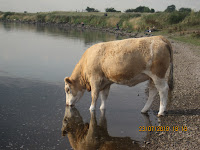 Glynn was green with envy, lookin at Cliffs new tripod and comfy chair set up. 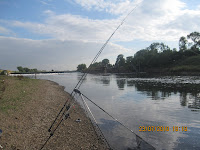 Soon after Glynn arrived, his cheese paste started to work its magic with two small but beautifully formed chub. 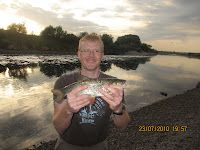 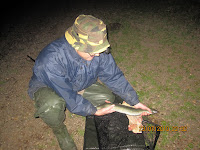 Cliffs bed of Hallibut and Hemp then captured the attention of a few passing barbel at 10:40, starting with this 6-3, on 10mm banded halibut pellet and a long leader, with a feeder full of the Hallibut Hemp mix. 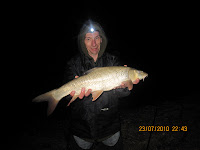 10 minutes later, the fish of the night, a 7-8 Barbel fell to the same tactics 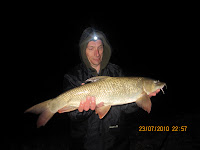 Glynn then landed a 5lb er 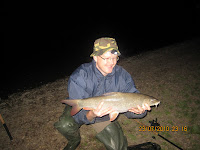 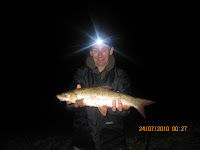 Then the comedy moment of the night, Cliff landing a small Eel 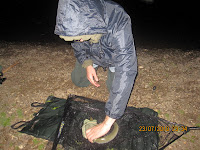 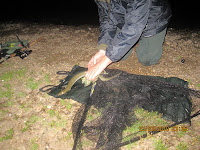 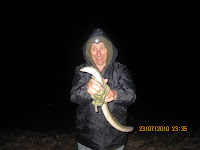 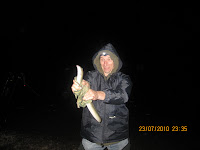 Glynn then landed a nice 2-12 Barbel 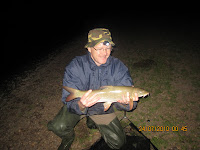 And a nice 6lder to finish a great night 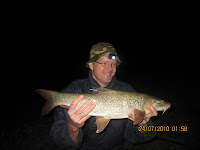 We looked at the photo's before departing and laughed all the way home, Cliff got to into bed at 3:38... knackered, but a great night was had by all
Posted by Cliff at 23:59