At Last....after probably 9 months and 20+ sessions of blanks and unwanted pike + numerous conversations and reconnaissance missions to find the location of the Zander... Ive only gone and caught one :-))))). 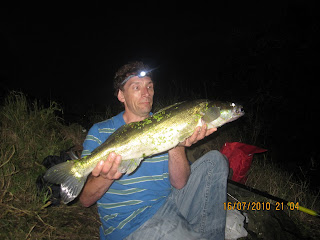 After yet another hot tip, i nipped down to Trent Lock then walked for 20-30 minutes to Sawley Marina Railway Bridge.. cast out 2 eel sections 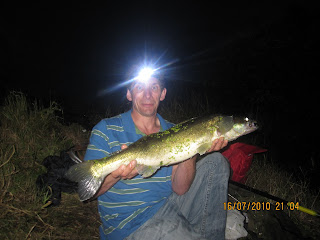 Frankly i had a little toilet accident at this time, flapping like a big girl, i got the landing net ready and with massive relief...LANDED A ZANDER.
The camera was set on self timer and on a mini tripod, been practising this...lol, and the comedy expressions 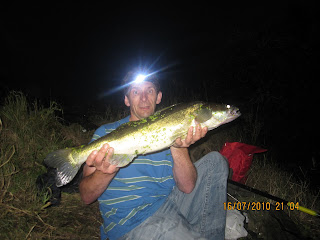 I zero'ed the scales and weighed the beauty 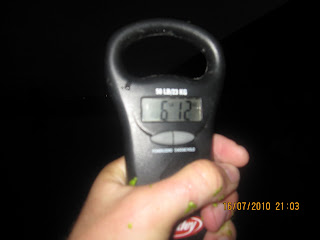 Kept putting the fish back in the river to recover.. the bloody thing kept banging its teeth together making a very odd noise. Ensured it was fully recovered before releasing it, which took some time. 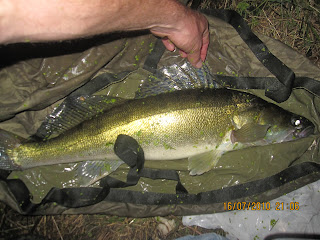 The quest is over .... mission accomplished... so what next.... the Bream record is attainable..Catfish...maybe, but that Eel record looks very flimsy... i hate eels though, after having an unfortunate incident with one as a child... gulp.. go on then... Eels it is :-(
Posted by Cliff at 22:00