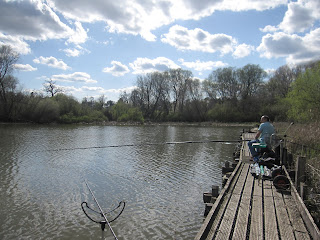 Top tips were provided by Bailiff Peter Cooper.
For Tench fish at 11 meters on pole or feeder using caster or worm as the hook bait on pegs 24-26 also try in next to the boards at 2.5 ft deep (if you keep quiet).
The signs werent good ..a buzzard was hovering overhead... really!! 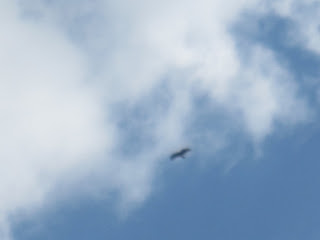 Sandbeck is a cracking place, the sun came out and we were out of the cold wind.... A right sun trap :-) 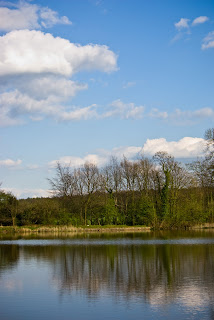 I bought a couple of bags of red crumb, worm essence liquid, caster, red maggots and sweetcorn making up a lovely ground bait. All it did was leave me with bright red glow in the dark comedy hands.... nice:-) 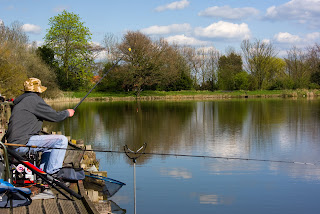 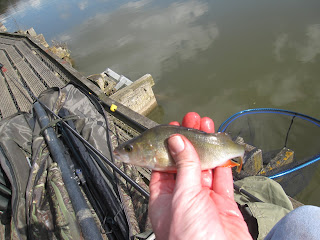 Vic managed to tempt a 1.5 lb Bream on feeder, but we kept trying the pole

I was fishing very close in on a size 18 and a homebrew compost worm. I put my top section down to throw a few pieces of bread around the float. The float was moving all over, and dipping, but i left it thinking it was more small fish. Then it went under and off. I had a comedy moment trying to connect the top 5ft section to the 10 meters of pole i had behind me. Just managed it before the elastic reached its limit. The fish managed to wrap itself around the feeder rod  line, thanks to vic for saving the day. A few minutes later our new record Tench was in the net.... Boy was i happy :-) 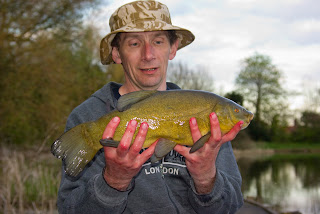 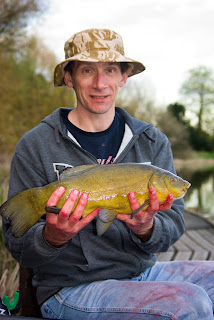 A cold wind started and the sun disappeared... it was really cold. I did spot some bubbles at the 11 meter swim so i dropped another worm out there on the pole and tempted my new record Roach at 11oz 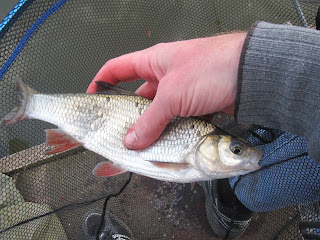 I thought i had caught an Ide, but we couldnt agree whether it was or not. We later fond out that counting the lines in the dorsel fin is the way to tell 8 for an ide, 9-11 for roach/rud and hybrids. We need to take better photos next time:-) 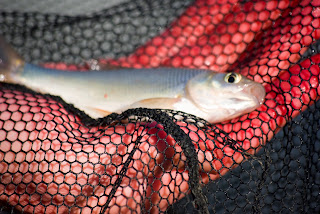 It was freezing later, but all in all a successful day ... looking forward to going back when it warms up when Vic will no doubt put me back in my place.
Posted by Cliff at 20:27 No comments: