I've just got this book from the library.... 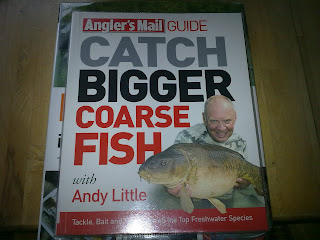 ...you're not going to beat me next time ;-)
Comment from Cliff:
LOL...very good mate....I'll see your "Catch Bigger Course Fish" and raise you a "John Wilson Course Fishing Method Manual" from my library :-) 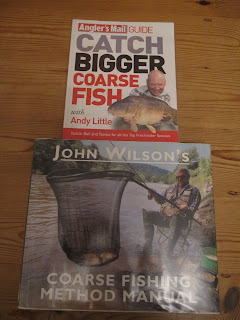 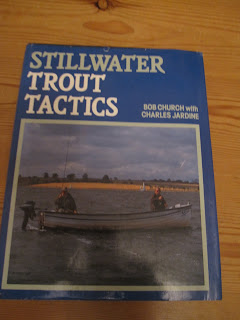 There's a great section on catching BIG trout... i'll let you read it after we've been 8-)

We met at 6AM...on the dot!
The forecast a few days earlier had us expecting a great morning, unfortunately it was pissistantly raining:-(

We tried the lake next to the Ski Tow Lake... that shall henceforth be known as "12lb Tench Lake" :-)
Glynn drew 1st blood landing what was, pound for pound, the hardest fighting i have every seen... a disputed 3lb10oz pikelet...on a ledgered Sardine tail... Well done mate 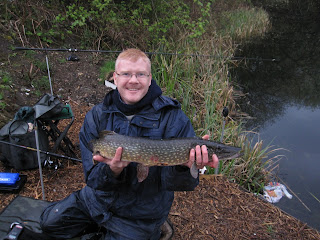 Just as we decided to pack up, Cliffs Rod started to twitch,,,, after a short but fiery fight a pike of 6lb 2 oz was on the bank on a popped up ledgered sardine 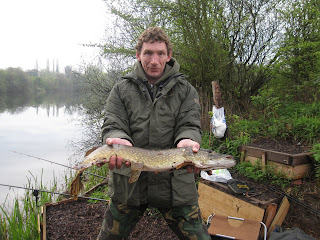 Cliff pointed out that both of these pike were small...and therefore, by the power of deduction and taking into account the fact that all big pike are females, came to one of his stupidest conclusions ever: "These pike must both be male"... Glynn had a field day.... taking Cliffs theory one step further, claiming that females were born as 20lb'ers.... from fish eggs that must be the size of Beach Balls. very funny :-)

We moved off to the spot were we succeeded last time, where the lakes are connected... no good.
Then off to the renowned, but heavily overfished spot, where the river is connected to the lake.
Cliff then moved into a spot that Bear Grills wouldnt attempt to get in, the "unfishable" side of the outlet. 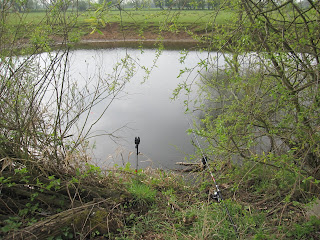 And pulled out a 6lb10 pike on a popped up ledgered sardine within seconds of it hitting the water. 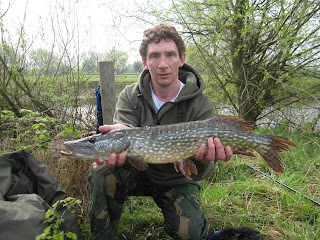 Cliff tried twitching back the ledgered Lamprey and saw a savage take at 3ft out, only to lose the 6lb ish fish a few feet away from the net.

We both moved again to a far too comfortable spot and watched the Terrapin's mating. 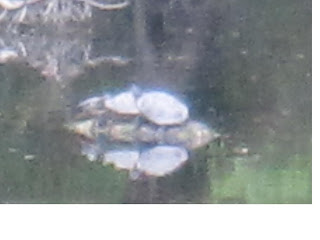 Scores on the doors: Cliff nicked this one 2-1 also taking the biggest fish, but Glynn gets an honourable mention for dodging the bailif and his dog and therefore not paying 4 quid, and landing the fish with the best fight. Talking to other anglers and the bailiff, we both did really well to catch anything, hopefully the days of 64 hours piking without a bite are long gone. Next sesh...trouting at Toft Newton?, were Cliffs 5lb Brown and 6lb Rainbow Trout records, that once looked very safe, could be beaten :-)
Posted by Cliff at 20:45 1 comment: Links to this post