Couple of Hours Evening Fishing at Beeston Weir for Barbel/Carp

Another tough gig, met a guy who'd never caught a Barbel, but loads of Zander, and ive caught a few Barbel and No Zander.... We exchanged notes:-) Another confirmation of Trent Lock being a top Zander spot... on the down side, its full of eels too :-(

Used improvised rod holder...i had to sit on the concrete... .lol...Blanked but nice night. 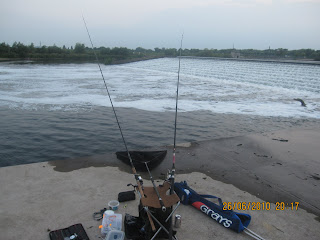 
Set out on the bike to look for decent fishing spots and pick the brains of anyone fishing.
1) Beeston -> Attenborough First foot bridge: Loads of Perch Chasing fry: Potential Perch record? 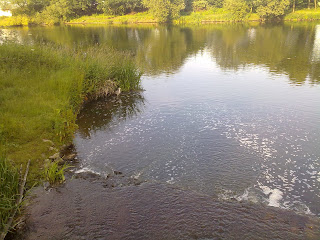 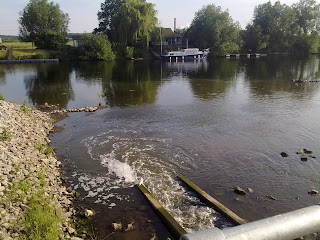 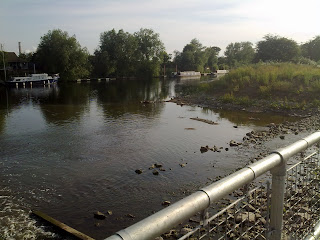 3) Radcliife on Sour Power Station Outlet- Hot water coming out of the power station under the weir... MUST BE AWESOME FISHING HERE..Potential Barbel Record? 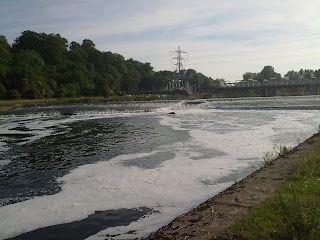 4) Above the weir next to the boat club near Trent Lock: Potential Carp Record? 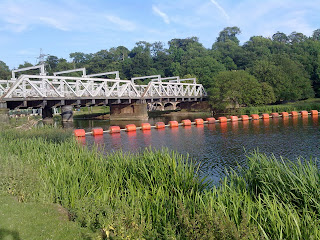 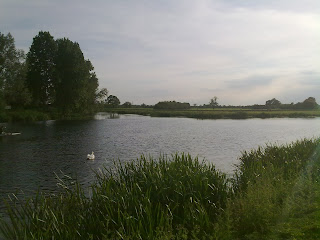 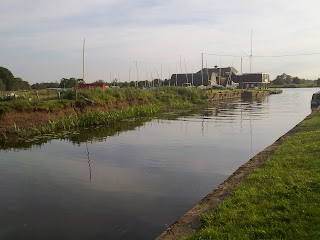 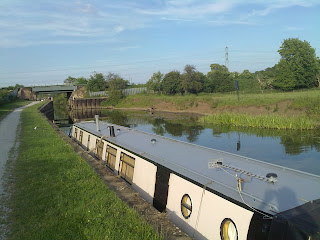 7) Trent Lock Boat club, fish ledgered spicy shrimp boilies for Carp/Barbel. Was told its Stuffed full of Zander and eels here by angler then bailif, leave line on bottom and use a lead clip to keep the line under the boats 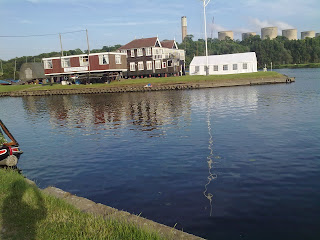 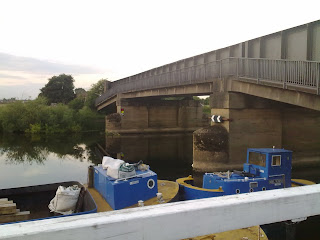 A couple of hours down the river....

Got home from work and thought I'd nip down the river for a couple of hours. Well kind of planned it a bit as I'd taken some old cheese paste out of the freezer :-)
It was a lovely evening and a great sunset.... 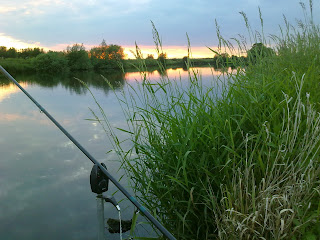 After a few casts and a couple of knocks, I got a proper take and latched into a really nice chub of 4lb 2oz, my 2nd biggest. When I first got it in the net I thought it was a bigger and possibly pushing my 5lb record but not quite. Still a really great fish caught on my old faithful killer cheese paste ;-) 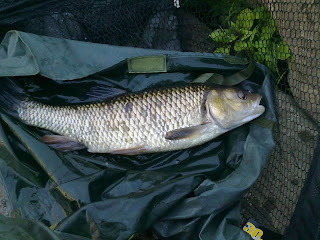 To top off a few nice hours (not many fish, well only the one) a barn owl was flying around along the edge of the fields on the far bank.
Posted by ginge27 at 23:25 1 comment:

Elusive Zander Captured ... oh no it isnt.... its a RUFFE

After months of trying the elusive Zander has eventually been captured.
(Late note from cliff:  its not a Zander its a Ruffe you muppet)

A dramatic fight ensued, but eventually I managed to tame the monster from the deep ;-) 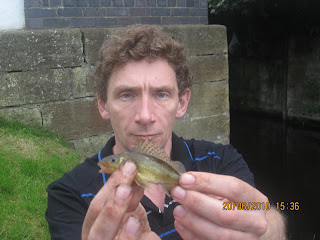 I was Fishing Beeston Canal next to the lock on the Trent with my daughter on ledgered home grown worm hoping for a PB perch or Gudgeon. 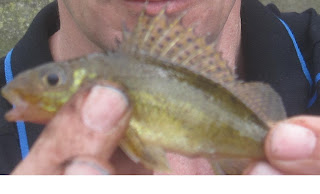 Funny coloured perch i thought... bit too golden.. then the realisation hit.... its a ZANDER... on fathers day too....  LOL. (Late note from cliff:  its not a Zander its a Ruffe you muppet) 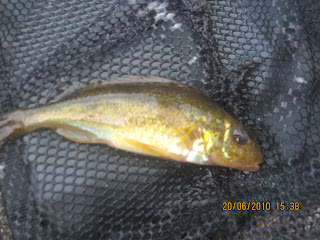 Looks a bit miserable... but hey who cares... whos your daddy, you pesky fish... get in :-) It was on its last legs, so didnt get chance to weigh it, estimating 3oz. 1% of the British record...LMAO
(Late note from cliff:  Its a Ruffe record is 5 oz so ill re-estimate at 2oz and 40% of the British Record... wouldnt want to say 60% of British record and take Glynns Chub Record on an estimate ;-))
As a bonus and after really fishing well, Kirsty caught a lovely little perch....nice one Kirst :-) 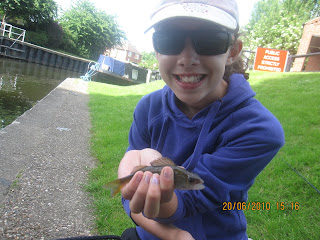