Cliff Glynn and Vic trotted off to the highly recommended (by Glynn) East Stoke Trent Stretch at 1PM.
Conditions looked perfect, colour in the water and the river was slightly up. 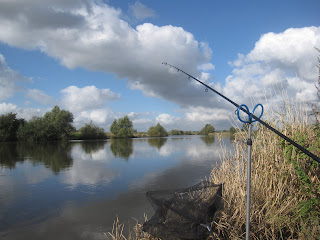 Cliff and Glynn tried piking initially, trying a few spots but nothing doing.
Glynn switched to luncheon meat and the magic cheese paste and didn't get a touch all night.
Vic was on Maggot and Worm had a Nice Perch and a 1lb eel, before dark. Not a touch After Dark.
Cliff Walked to the farthest peg under an overhanging tree, concentrating on trying to get a Chub PB on the board, fishing close in. 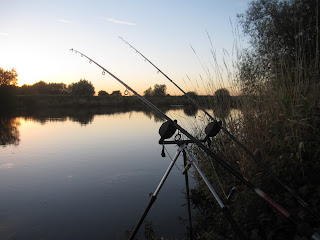 Feeding hemp and halibut pellet Cliff had a few good bites but couldnt hook a fish,with a single large hook and cheese paste wrapped around it. Cliff then switched to hair rigged 10mm Halibut wrapped in Glynn's most excellent cheese paste, leaving the hook exposed. That did the trick...the fish looked huge, Glynn was very very worried that it would beat his 5lb PB. It was a beauty a new PB for Cliff at 4lb-9oz .. Glynn was relieved. 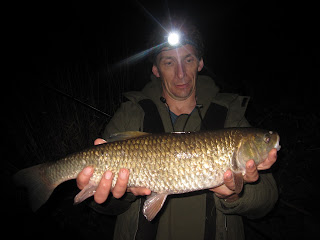 The second rod went with this fish still in the landing net, thank goodness glynn turned up to bag the second Chub 3lb-12oz for Cliff and with a set of scales. 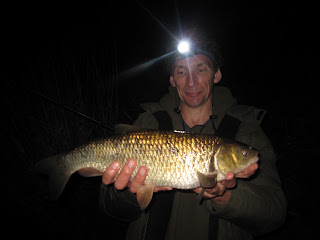 Amazing view of the stars later with loads of shooting stars. Great night for Cliff but the fish were few and far between for Glynn and Vic, we called it night at 11PM... Looks like we may be off for Grayling next.
Posted by Cliff at 23:00 1 comment:

Cracking set of 4 lakes, went on the first one on the left in the back corner with Vic from work.
Ended up with a new PB Perch 10oz, great roach 7oz just missed the Tench record 4lb 2oz (on a slug on a size 18!)  and not too far off my Bream record 4.5 lb 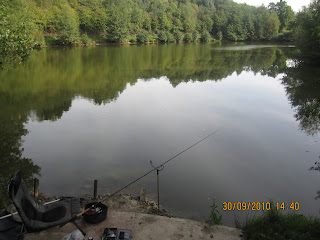 I made up a great mix of red groundbait, caster hemp maggot and sweetcorn... started to bait up and catch on swimfeeder and maggot/caster on an 18 hook. Lost a small carp then landed a bream.

Vic turned up and to cut a long story short ended up fishing the spot id just baited up and caught a great 12lb common. 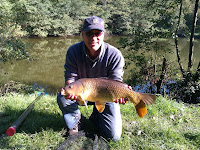 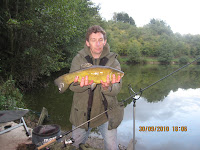 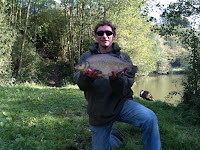 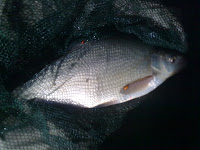 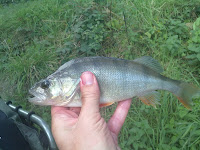 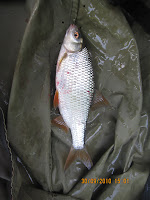 Loads of Perch like this... theres supposed to be 4lders in there!.. i beleive it too with the amount of 7-10ozers caught. 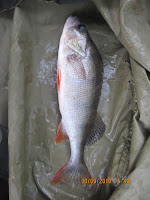 Watch out for the steepest exit to any fishery in the country... first gear full throttle and go for it!!!
Great Day Great weather. Vic had a reat day too with that awesome 12lb common, a 5lb Tench and a nice crucian.
Posted by Cliff at 22:45 No comments: