A Day Grayling Fishing on the Derwent

Grayling was the target, unfortunately Glynn couldnt make it so Cliff and Vic toddled off  to the Derwent Hotel stretch of the River Derwent. 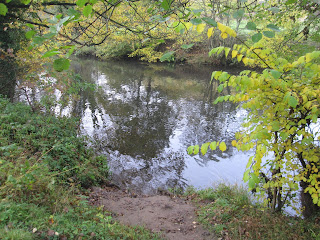 Cliff tried Matt Hayes method of scopex sweetcorn and liquidised bread, feeding little and often and float fishing on sweetcorn. after an hour Vic had caught the first Grayling of maggot feeder a size 18 hook with double maggot. After another 30 mins Cliff to Vics tactics leading to a beautiful 1 1/2/ pound brownie. 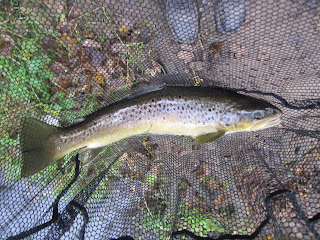 Next came the sought after Grayling at 8oz. 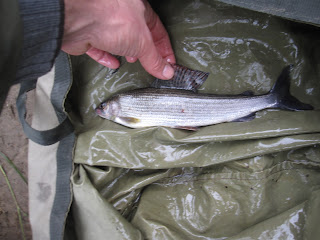 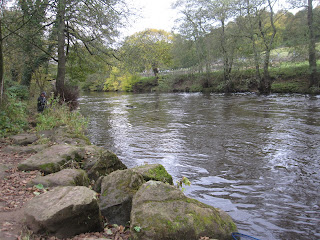 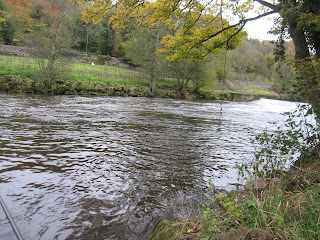 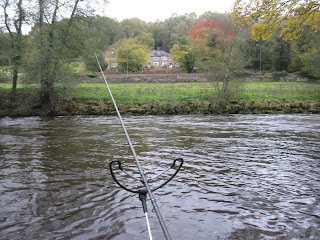 The water was very fast and full of leaves, it was tricky to fish, Cliff was float fishing, feeding maggot and caster and managed to catch another couple of Brownies on double maggot on a size 14 at dusk. 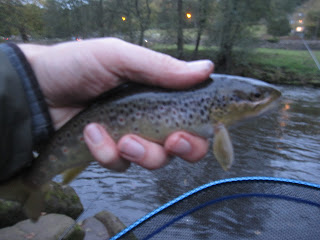 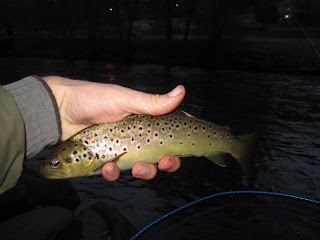 A great day, a reasonable amount of fish and a new species on the board :-)
Posted by Cliff at 22:33 1 comment: