First Collingham Trek of the season after Barbel

Cliff Glynn and Vic toddled off to Collingham after work in an attempt to land the first Barbell of the season.
Tactics: Glynn was trying multiple types of spice on luncheon meat and his famous cheese paste.
Vic tried pellet . Cliff tried the usual hair rigged halibut with hemp in the feeder, but having read the angling times article on Collingham, red maggot and a size 16 hook with a floro carbon 8lb leader.

It was a cracking evening, from the car park over the fence we took the first 3 downstream pegs, it was chocca up to the weir. 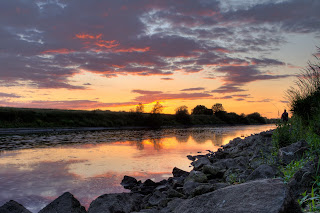 We were plagued by Eels all night! 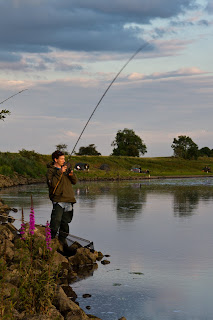 Eventually Cliff managed to tempt out a 5 - 15 Barbel on a 16 hook and double maggot!!! 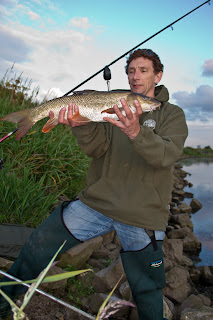 Unfortunately this was the only Barbel all night, we left just after midnight.An old boy turned up on the other side and caught on almost every cast, we'll try 3/4 of the way across the river next time, rather that 1/3 of the way across.
Posted by Cliff at 23:28