Cliff and Glynn fancied a days trout fishing at Eyebrook.
We got there early to hear the dreaded news, they were catching 50 fish each here yesterday- always the kiss of death for us, so off we motored to bag up. 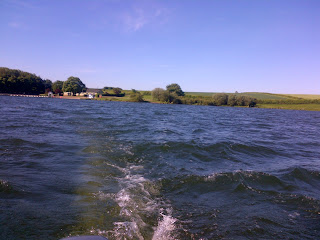 The plan was to pick up a few stockies on the North bank, then off to the shallows for a few bigger rainbows, then back to near the lodge tower to pick up the odd double figure Brownie... optimistic as ever :-) 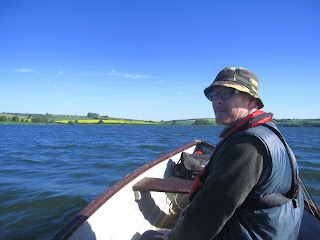 The tables were turned on Cliff this time as Glynn picked up 4 beautiful rainbow to about 3lb on the slow sinking black and green lure, whilst Cliff just managed one by trying the more traditional and recommended washing line method with nymphs but losing 2. 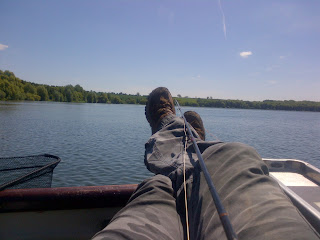 All the honours went to Glynn this time, maybe a little to casual Cliff! Comedy moment of the day was Glynn shouting to Cliff that a Rainbow was munching on his nymph whilst he was tucking into a sarnie, Cliff managed to lose what he thought was Moby Dick, Glynn wasnt convinced :-)
Posted by Cliff at 18:39