Cliff and Vic set off with the long standing aim off landing Vics first river Barbel. This was after trying the previous week and Vic getting snapped. Vic took some stunning pics. 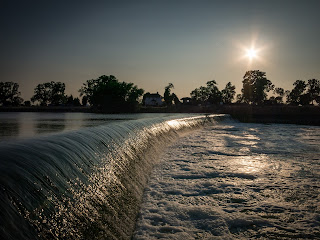 We managed to bag spots 2 and 3 next to the weir, Cliff fancied float fishing on caster, feeding hemp/maggot and landed 2 small barbel at 1lb and about 6oz. We were plagued by v small fish ripping any maggot off the hook. 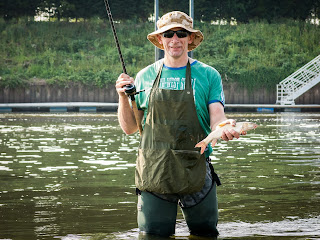 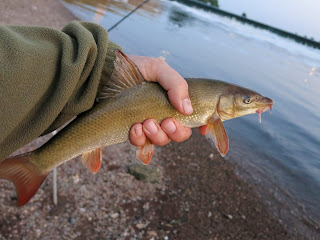 Vic did nothing on the feeder while it was light and was convinced there were no fish in the river, things soon changed.
At last Vic landed a 5-4 Barbel :-) 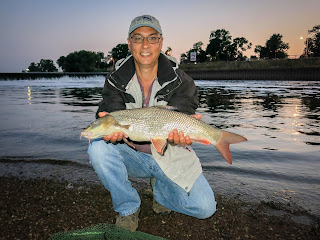 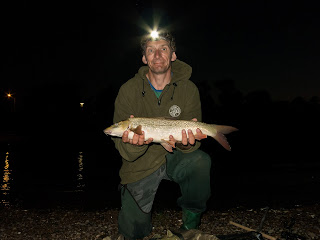 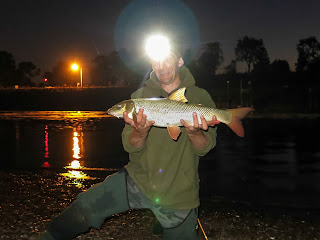 Then a 4lb Bream 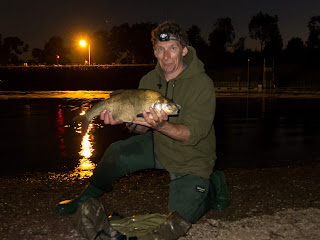 Vic then had 2 7-4 barbel on at the same time, cliff landed one for him. 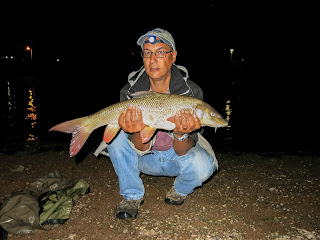 Great nights fishing - mission accomplished Vic had 4 Barbel to 7-4 (cliff landed one for him so he didnt want to count it) Cliff had 6 barbel to 6-4. We definitely would have had more but had to leave at 12:30 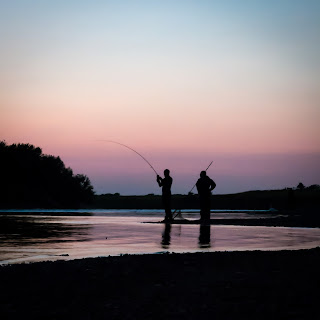