Grayling on the Derwent

Cliff took Glynn for his first Grayling fishing session ever, this was a long time coming. 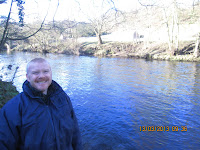 Cliff caught the first fish, about 7oz then a nice brownie 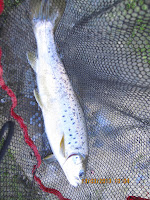 Glynn then caught his first ever Grayling which took the 8oz record from Cliff at 11oz, boy was he happy :-) It was a beauty. 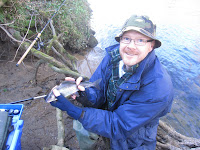 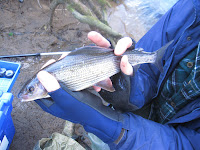 Cliff was really chuffed for Glynn giving him the usual congratulations for this type of occasion "really pleased for you mate" through gritted teeth. 45 mins later glynn returned the greeting when Cliff took the record back with a 1lb 1oz cracking Grayling 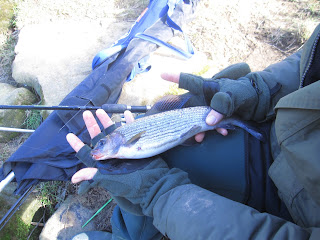 It was difficult after the morning session, glynn had a few bites but no more fish after about 11. Couldnt really ask for more, 2 PBs and Glynn catching his first Grayling. 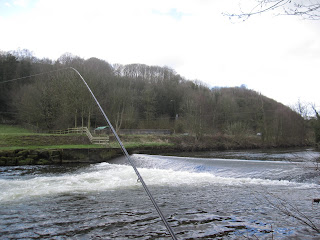 The weir is a beauty, both cliff and Glynn caught 2 grayling and a brownie each, great day.
Posted by Cliff at 13:59 2 comments: